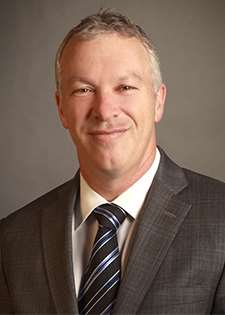 David Baum is a leading figure in Chicago's real estate development and retail leasing communities. Since co-founding Baum Development, LLC in 1989 and Baum Realty Group, Inc. in 1991, David has cultivated the business from a start-up company into an award-winning commercial and residential development firm and Chicago's leading retail brokerage firm.

Baum Development (www.baumdevelopment.com), a triple bottom line development company, has received eight Chicago Association of Realtors Good Neighbor Awards and a Preservation Excellence Award from the City of Chicago for work in adaptive reuse and historic preservation. In 2012, Baum Development won the Bruce Abrams Award (Development of the Year) from the Chicago Association of Realtors and the Chicago Neighborhood Development Awards For Profit “Best Of The Best” for their Green Exchange Project; the project was also certified LEED Platinum by the US Green Building Council. David has successfully led Baum in the development of more than 90 residential, retail, office and mixed-use developments throughout the Chicago area and the Western United States.

Chicago-based Baum Realty Group, LLC (Baum Realty, www.baumrealty.com) is one of the nation's premier retail brokerage firms. For more than 20 years, the award-winning company has provided comprehensive real estate services for a diversified clientele of top property owners as well as national, regional and local retailers such as Starbucks, FedEx Office, US Bank, Chipotle Mexican Grill, Jared The Galleria of Jewelry and many others.

David is often a featured speaker for real estate and business groups, Universities and forums and was named one of Crain's Chicago Business' "40 Under 40" leaders and was featured in Real Estate Chicago's "40 Under 40" edition as well.

David is an advisor for the Local Initiative Support Corporation (LISC), a non-profit organization serving underdeveloped communities. He serves as a mentor for students at DePaul University's School of Real Estate, of which Baum Realty is a founding sponsor. David is a contributor to Federal Reserve Bank of Chicago’s Beige Book and is a member of ICSC, The Economic Club of Chicago and the U.S. Green Business Council. In addition, he coaches AYSO soccer teams.